7 Lessons On Startup Funding From a Research Scientist 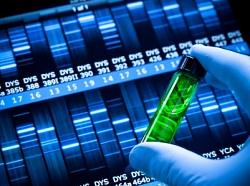 1. Always seek funding from the best people, even when you have easier alternatives.

Before the bootstrappers hang me, I didn’t say that you have to raise a lot of money or that you should be working fat. But consider this story: my wife was slaving away writing one particular National Institutes of Health (NIH) grant knowing that the funding rate was ~5%. Why not look for a less competitive foundation to underwrite it instead, I asked. I figured that this could save her time and trouble and that she could proceed with her experiments that much faster.

That’s not how it works, she replied. That’s like self-publishing a paper instead of getting it peer-reviewed. If she couldn’t convince sophisticated research centers to part with their dwindling cash, she continued, obviously, the project wasn’t good enough. If it’s not good enough to get other people to write a check, it’s not good enough to be spending time on. Startup corollary just as a paper published in an inferior journal has less impact than the same paper in a good one, when you go for funding, get it from great people. If you have to take dumb money, you’re doing it wrong.

Personal application: I’m temporarily self-funding my new startup, FX Aligned, but I’m pitching it to the best East Coast VCs who understand the space. The same logic applies if I can’t convince people who see 1,000 deals that my idea is worth funding, it isn’t worth doing.

2. Proposals are always stronger once edited.

Nothing beats peer review, especially from people with deep expertise.

My chat with one VC surprised me. He thought our initial target market was too small. And upon reflection, he was right. At the same time, I was talking to another VC, and I explained to him that we intended to go after that smaller market first, get established, and then work closely with our alpha clients to find solutions to their real pain points. He quoted his senior partner, whose rule was if a new startup is counting on a two-part process to make money, don’t fund it. This is exactly the tough love I needed to hear, and it saved me months to time I would have lost if I had self-funded and drunk my own Kool-Aid. We didn’t need to do a two-step dance to discover the real market opportunity.

3. If the specific aims of your experiment (company) undergo too many major changes, that’s a sign that you haven’t thought through the issues yet, and it’s too early.

No scientific grant ever makes it from start to finish without changes. Similarly, no VC or angel should be so nave to think that business models turn out perfectly on the first try. However, when a fundamental concept keeps shifting as the idea evolves, there is a problem.

My new company has gone through one major change as we search for product-market fit. However, our edit did not change the core concepts. Our pivot came as we realized that our solution for our original market would, with some minor systems tweaks, serve not only our target market of public pension funds but now solve an industry-wide problem faced by all institutional managers buying and selling foreign securities. The aim — giving our clients a means to quickly, cheaply, and more efficiently transact foreign exchange without getting ripped-off remains the same, but now the same basic company has a far bigger potential market.

If your concept is not robust at its core, no iteration will help. Before you pivot, ask if the underlying ideas are still valid. If they are, take your time and get the change right.

Scientific grants and paper submissions are kept confidential during the review process to allow for brutally honest feedback, but generally that’s the only time of secrecy. The point of science is to advance knowledge, which is done through sharing. Even before a paper is published, preliminary results typically are presented publicly at conferences and ideas are exchanged before the lengthy process of publication. These public discussions can bring in new collaborators, just as startup events can introduce co-founders to each other. Don’t hide, network!

Initially, I was reticent to talk to angels too much. While my angel friends were good at giving me feedback on presentation matters, none I knew had expertise in fintech, which is where my new company fits in. So I initially wasn’t getting a lot of strong commentary. Thanks goes out to James Geshwiler of CommonAngels, however. While he didn’t have expertise in my field, he sent me to two angels who did. One of those two angels is now on my Advisory Board, and the other is giving me solid advice on a technical matter that is critical to the company, but outside of my own expertise. What’s the result? A lot less risk in our prospects. And besides, as Dharmesh says, stealth mode is for fighter jets — not startups. Read “The Real Reasons Startups Don’t Talk”

The more you discuss your idea, the luckier you’ll get. Never miss a chance to pitch your idea, but then keep your ears open, especially for the chance contacts that can turn out to be key.

5. It’s easy to get funding in trendy areas, but focus more on impact.

I’ve tagged along to dinners with my wife’s scientific colleagues, and once heard a story about zebras grazing. Those zebras that want to play it safe in the middle of the pack can get by, but the juiciest grass — and the greatest danger of being eaten is out on the edges. While it’s tempting to go where the funding is, science is about more than just getting another grant.

Find a problem worth solving, not just something convenient for funding. And hopefully, that will be something different. The world doesn’t need yet another daily deals aggregator.

By the way, no one should go through the rollercoaster that is startup life unless they are a) certifiably crazy, or b) intending to go big. (See Don Dodge on Google Dreaming BIG.) If you’re pitching something, make sure it has potential to change the world.

6. Don’t even think about pitching a project without preliminary data.

Scientific grants rarely get funded without substantial preliminary data. It’s not just about feasibility, i.e., showing that the method can work; in addition, enough data needs to be submitted to statistically demonstrate the likelihood of the project’s success.

This one is a little harder in my case, because it will take a few months to crank out a minimum viable product. However, that doesn’t mean we can’t test out the markets. We’re talking with as many institutional investor customers as we can to get their input on what they need.

This is just customer development 101, a la Steve Blank. For startups, customer data is the best data.

7. The first funding is the hardest.

In science, like in startups, the experienced team always has it much easier rounding up backers. That’s just the way it is.

That’s one reason why I suggest that people who want to start their own companies begin by working for some rocketship company first. Your own startup becomes more bankable because you’ll slowly be absorbing experience that will stand you in good stead in your own future startup. Whoever writes a check wants to see a return on that money, be it in science or in startups. You increase your chances of funding success when you de-risk your venture, especially when a team (or lab) has had time to gel previously.

Thankfully, the team at our new company has had success together before. And that, probably more than anything else, makes it easier this time around. Not that this stuff is ever easy

And a bonus, once you have that funding:

Always be running little experiments on the side. Especially those that can surprise you. For more on this, read Eric Ries’ book, The Lean Startup. And while you’re doing those experiments, make sure that they are sufficiently well-designed to give you answers.

Any other funding lessons from the lab I missed? Please leave a comment.

0
0
Share Now
About Vijay Soni 556 Articles
Vijay Soni is Ph.D. in molecular biology, microbiology, and immunology together from BITS-Pilani, Hyderabad campus and National Institute of Immunology, New Delhi, India. Currently, he is working at Weill Cornell Medical College-New York (U.S.A.) as a postdoctoral research associate. He is an expert in innovations and its translation. He is also the founder of "Scipreneur" which is a platform for the Scientific Entrepreneurs. Innovations and creativity are his passion.